This is a very expensive fraud that has burned a lot of online roulette players over the years. In short, the sellers claim to be able to win at online roulette with every spin of the wheel, providing that they have the previous 10 or so spins. That’s why it’s a trigger number scam – the scammers rely on previous spin data to deceive their victims into thinking that a 100% winning system is on offer.

Usually, these kinds of scams aren’t sold on specific websites – they’re advertised via a YouTube video with an email address in the video description where you can make contact and buy the system. Then as soon as the video is reported as a scam, YouTube removes it and the scammers upload a new video, under a new account, under a new name.

They are occasionally sold on websites but they only last a few months or so before the scammer moves on. The only long-surviving scam of this kind is World Best Roulette System which has somehow managed to survive since 2006.

Due to the nature in which this scam works – short term videos and websites that only last a month or two, it’s definitely worth writing about how this scam operates because they’re all pretty much the same.

How They Rope People In

The video in which the “system” is advertised will win on pretty much every single spin. These videos are done in fun mode at online casinos but sometimes they make it look like a real money game through deceptive editing.

Then when you email the scammer, they arrange a “demonstration” for you. In this demonstration, you will communicate with them via a chat window like Skype and it starts with them telling you to sing up to a casino.

Once this is done they will tell you to start a play for a fun game and to spin the wheel 10 or so times and provide them with the results. They then tell you how to win on the next spin. They continue telling you how to win on every spin (in fun mode) for as long as you want. You’re then told that if you want to get your hands on the real money version, you need to hand over around €/$1000.

Once the victim hands their money over, one of two things happens:

1). The scammer disappears into the night and the victim gets quite literally nothing for their money.

2). The victim is given a useless software program that can’t predict future spins and doesn’t win like the demo, play for fun version did.

The chances of getting a refund are pretty much zero because the seller only accepts money via very questionable methods such as Western Union (a favourite for Internet scammers) and if you email the scammer, they simply ignore you, no surprises there.

How They Win Every Time In Fun Mode 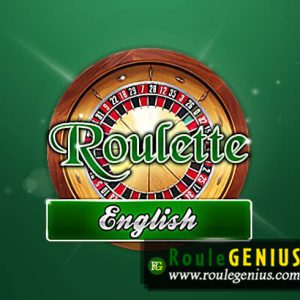 Because people see the scammers winning every time both in the video and in the private demonstration, they become convinced that a winning system is on offer. However, a lot free play roulette games from online casinos do not require an Internet connection to play and as a result, the results are a long, pre-set cycle of numbers.

The scammers have simply done their research and once they have 10 previous spins from their victim, they can work out where in the cycle they are and win every time. However, this information is completely useless in real money mode and doesn’t work at all.

Scammers have been exploiting this to deceive people for years, just take a look at this thread from 2006 at Casinomeister which is pretty much the same thing and the scam hasn’t really changed in all the time since that thread was originally created.

If you see any system advertised in a video or on a website the relies on the past 10 spins as trigger numbers then it’s a scam – there’s no doubt about it. If you’ve seen a scam like this, or worse, if you’ve fallen victim to one of them, get in touch with us and give us more information about it.