We thought it would be best to give a mention to flat betting with roulette and outline the upsides and downsides to it. Almost every roulette strategy ever created involves some kind of Mathematical progression where you either increase your bets after a loss or increase them after a win, the Martingale is the most common.

Flat betting doesn’t involve any of that; you simply bet the same amount over and over again. If you do this, you can expect to lose to the house edge over the long term of play, give or take a little bit.

To give an easy example of this, let’s lay you’re playing a European roulette game and you spin the wheel 37 times, each time betting on Red. If the numbers were distributed evenly, you would win 18 and lose 19 (18 Blacks plus the 0) so you would gradually lose to the house edge (2.7% for European, 5.26% for American).

The problem with flat betting on the even chance bets is that you never really get ahead and there’s always the zero tipping the odds in the casino’s favour. Most people use flat betting on the inside bets such as Straight up (single number) or Split bets.

The advantage of using flat betting on Straight up bets is that you get a big win and find yourself in profit if your number hits early. On the other side of that coin though, it can take a long time for the number to hit and you may find that it doesn’t hit at all throughout your entire session. 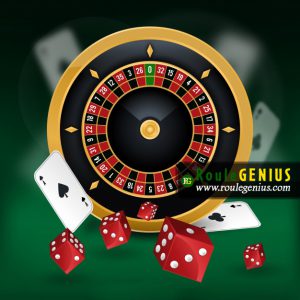 The main advantages of flat betting are the following:

The main disadvantage is:

In the great scheme of things, flat betting is probably the safest form of roulette betting because if the numbers are distributed evenly you will only lose slowly to the house edge. If you are in a real casino and you want to maximize your tie at the table without risking too much, flat betting is your best option. Keep in mind though that the profit potential with this method of playing is minimal because like all forms of gambling, the less you risk the lower the potential reward if you win.

While that may sound impossible, it isn’t with the use of a roulette computer which is a cheating device that predicts where the ball will land on each spin. Apparently, they can give the player an advantage of over 30% which means that for every £100 you bet, you could expect to win £130.

Sound too good to be true? People have successfully won millions with the use of roulette computers, so it isn’t complete fantasy. The problem is that they’re illegal in many jurisdictions and even if they aren’t, finding and buying a roulette computer on the Internet is a minefield (and very expensive).

The best 2020 roulette sites and casino

Roulette Payouts: how much you can earn?